I understand if many of you are heartbroken after the results of last week’s election, after America failed to elect its first Gamer President. Electoral politics aren’t everything though, and if we’re going to get through this, we need to take direct action the only way we know how: making jokes about video games. Look at these brave gamer heroes who are making a difference every day in our comment sections: 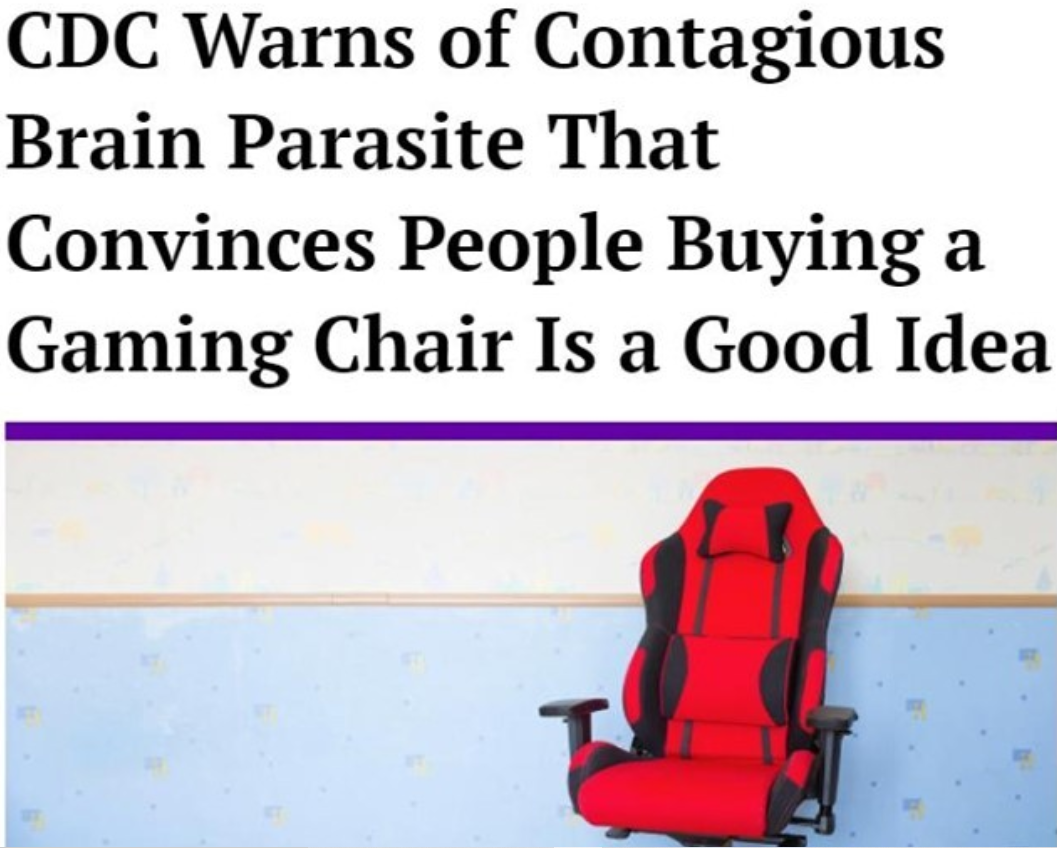 There’s nothing worse than when you’re talking to your psychiatrist and you can see that they’re trying to skip all of your dialogue. Sure, I talk a lot about the trauma related to my dad, but I don’t think it’s ‘padding.’ All after I dropped $200 on a webcam just because he said my video being under 60 FPS was making him sick.

4. Trump Boasts About Getting Through Professor Layton Games “Without Too Much Help” 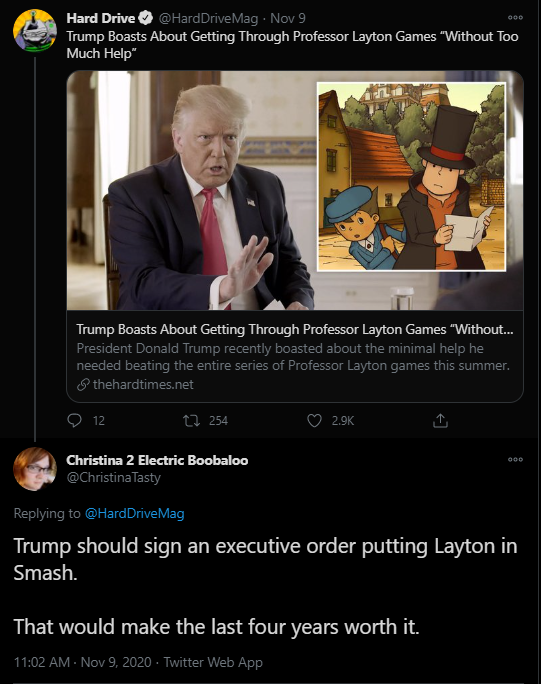 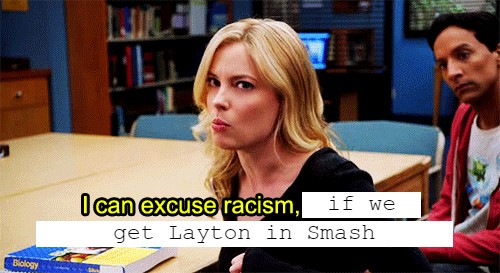 3. Opinion: Video Games are for Children. If You’re an Adult, You Should Stare at a Wall Until You Fucking Die 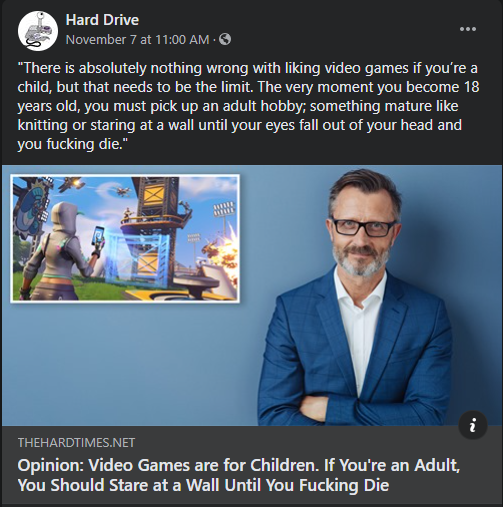 Ladies and gays, here’s a simple test to decide if it’s time to settle down with a man: hang up a painting and present it to him. If he is transfixed by it and stares at in quiet contemplation for the rest of his natural life, he’s a keeper. If he tries to jump through it, he’s a gamer, and he’s not going to be able to reimburse you for the damages. Final Paranoid Fantasy is the hardest RPG I’ve ever played. I can’t figure out how to get Alex Jones to stop fighting other party members, and he refuses healing items because he’s afraid they’ll feminize him.

1. Gamer Builds PC That Should Be Upgradeable All the Way Through Midlife Crisis

The true secret to writing a Hard Drive headline is to insult yourself in a way that is so universal that other people feel personally insulted by it too. Every author’s page on this site is just a series of confessions disguised as content. So the next time something hits too close to home, just remember it’s our home.

Thank you so much to everyone for your comments this week. If you want a chance to be featured in next week’s column, be sure to leave a comment on any of our posts across social media. Have a great week everyone!